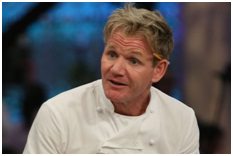 Ramsay was raised in Scotland and …